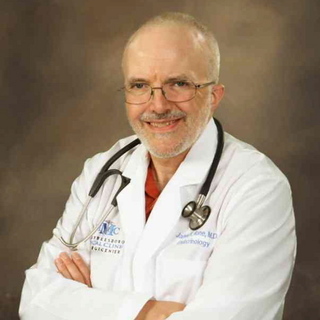 James K. Rone, MD is a board-certified specialist in Endocrinology, Diabetes, and Metabolism. He has been in private practice at Murfreesboro Medical Clinic (http://www.mmclinic.com/) in Murfreesboro TN since 1998, and was a board of directors member there from 2012 to 2015. From July 2015 to January 2018 he served as President of Murfreesboro Medical Clinic, one of the five largest medical groups in the Nashville area. He is a licensed physician in both Tennessee and South Carolina. He is a native of Columbia SC and earned his BS in biology in 1983, and medical degree in 1987, both from the University of South Carolina, where he was honored with Phi Beta Kappa membership. Dr. Rone completed internal medicine residency at Keesler U.S. Air Force Medical Center in Biloxi MS, and did his endocrinology fellowship at Wilford Hall USAF Medical Center in San Antonio TX.

He served 11 years continuous active duty with and is honorably discharged from the US Air Force, having risen to the rank of Lt. Colonel (Select), and awarded the Meritorious Service Medal. During those years he served as Chief of Endocrinology and Assistant Chief of Medicine at Keesler Medical Center, instructing and mentoring countless medical students and residents. He held the academic position of clinical assistant professor of medicine at the University of South Alabama from 1992-1998. He is a Fellow of the American College of Physicians and holds memberships in The Endocrine Society, the American Diabetes Association, the American and European Thyroid Associations, and the Obesity Society. His professional publications include papers in peer-reviewed national and international journals and a chapter in the 1st and 2nd editions of the Saunders Manual of Medical Practice.

His first book, The Thyroid Paradox: How to Get the Best Care for Hypothyroidism, was published in 2007. It sprouted from nearly 20 years patient-care experience with thyroid disease as a primary clinical focus. Add to that, Dr. Rone was diagnosed himself with hypothyroidism in the early 1990s, and so approaches the subject from the standpoint of both physician expert and patient. This perspective has infused Dr. Rone, his practice, and writing with the conviction that today’s physician and non-physician providers alike often miss hypothyroidism—and when they do diagnose it, they often under-treat it. This “paradox” (since hypothyroidism is a known common disorder) stems from a laudable, well-intentioned cautious streak in mainstream medicine. Unfortunately patients get underserved and sometimes alienated by this approach, driving some toward less-well-proven, possibly less-safe alternative therapies. Dr. Rone’s passion is to re-shape mainstream thyroid-disease management, without “throwing out the baby with the bathwater.” This, in fact, he is pleased to say, seems to be happening--albeit slowly.

In 2013 he self-published What About My Weight?, another book of practical advice drawn from 30 years of clinical experience with overweight and obese patients. In 2019 he self-published a larger companion volume, titled, The 37 Things That Might Be Making You Fat, a more comprehensive and updated, evidence-based guide to issues impacting the dual epidemics of obesity and diabetes.

Everyone knows diet and exercise are key components in the prevention and management of obesity and diabetes. Most people don't know how to best implement the accurate but shop-worn advice to eat less (and better) and move more. And fewer still understand the need to look beyond nutrition and physical training for the causes of and solutions to their weight and/or metabolism problems—the dozens of additional factors, some reparable, others not, impacting success. In THE 37 THINGS THAT MIGHT BE MAKING YOU FAT, a board-certified endocrinologist—and diabetes and thyroid patient himself—seeks out the unexpected and little-known, sometimes scientifically cutting-edge, contributors to the dual epidemics of obesity and diabetes in the world of the 21st century. Following introductory chapters covering the physiology and pathophysiology of fat tissue, obesity, and human energy balance, and a primer on the clinical assessment of body weight, and the diagnosis, consequences, and epidemiology of obesity as a disease—Dr. Rone spends the middle 2/3 of the book in a systematic exploration of multiple categories of obesity/diabetes-causing factors, and tallying up a final "Obesogen List"--the titular 37 things that might be making you fat. Along the way, Dr. Rone documents his claims with extensive descriptions of the relevant medical literature, covering obesity/diabetes/metabolism peer-reviewed research mostly from the 2015-to-2019 period. This feature will make THE 37 THINGS a valuable reference for healthcare providers, professional nutritionists, and interested laypeople alike. The categories of obesogens spotlighted include counterproductive, yet normal, features of human physiology; lifestyle issues to include sleep disruption, stress, and screen time; eating and drinking habits; prescription-drug issues; obesogenic diseases; ubiquitous environmental toxins; and irreversible personal-history issues, such as childhood experiences, smoking history, and even what year you graduated from high school. Particular targets of Dr. Rone's biting sarcasm are dogmatic but oversimplified notions of what it means to eat "right," and government-driven nutritional guidelines. Should we really be afraid of fat? Might the 1992 Food Guide Pyramid have caused the "diabesity" epidemic? Is it possible to gain weight from zero-calorie diet sodas? The final four chapters summarize and distill what came before into actionable step-by-step advice for tackling a weight and/or blood sugar problem, and tailors that advice for three different types of individuals: (1) those with a normal body weight seeking prevention, (2) those who are overweight or obese, but still metabolically healthy, and (3) those progressing along an insulin-resistance spectrum in which worsening obesity and diabetes, and accumulating comorbid diseases threaten to spiral cripplingly, even fatally out of control, without decisive corrective actions taken at the earliest possible point. In no way does Dr. Rone claim that diet and exercise are unimportant or unnecessary, but they may be insufficient, a source of great frustration to many people hoping and trying to lose weight. Ultimately what this book accomplishes is to improve the implementation of the EAT LESS and MOVE MORE pillars, and adds a third, forming an obesity/diabetes management triumvirate. The third pillar being The Obesogen List of additional factors to address, shorthanded THE BIG 37—the 37 things that might be making you fat.